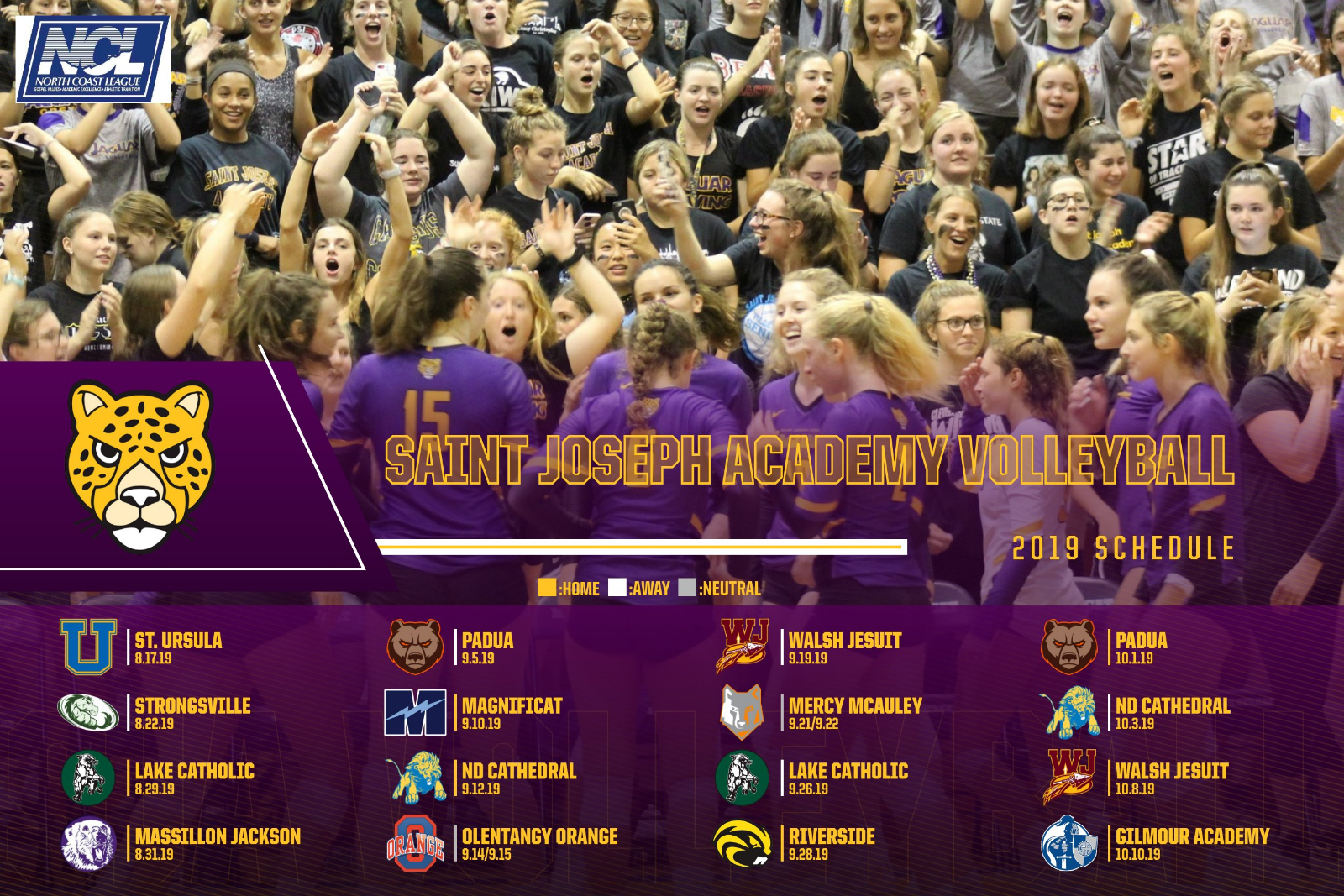 The Saint Joseph Academy volleyball program will face a challenging schedule when it begins play in the fall.  The Jaguars, in the North Coast League Blue Division for 2019, will face league opponents Lake Catholic, Padua, Notre Dame-Cathedral Latin and Walsh Jesuit each twice.  Non-conference matches include trips to Toledo St. Ursula and Strongsville and home matches against Massillon Jackson, Magnificat, Painesville Riverside and Gilmour Academy (the Lancers are a league opponent in the White Division).  In addition, SJA will travel to Olentangy Orange for the Columbus Invitational (four matches) on Sept. 14 and 15 and then head to Cincinnati for the Mercy McAuley Fall Classic for four matches on Sept. 21 and 22.