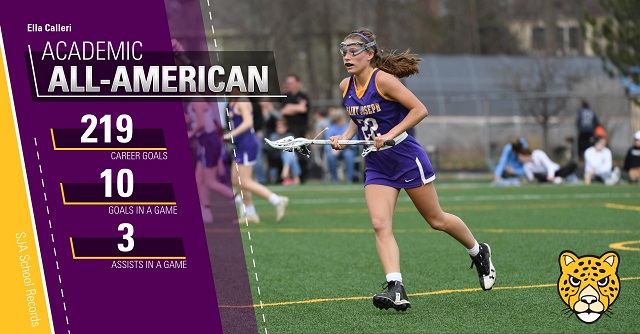 Ella Calleri ’19 was recently named a US Lacrosse North Coast region Academic All-American. Calleri is one of ten girls from the North Coast Region to receive this award. Criteria for determining eligibility for the award included playing a majority of their team’s games for the current season, making contributions to the school and/or community, and holding a minimum cumulative GPA of 3.7 or higher.