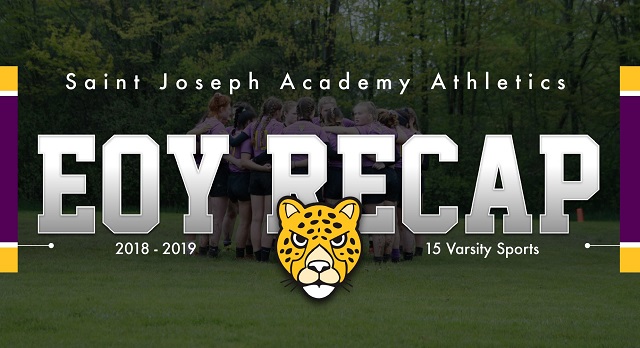 This year 54% of students at Saint Joseph Academy participated in at least one sport with 166 students playing a sport in more than one season.  Those athletes also excelled in the classroom as the GPA for student-athletes during the 2018-19 school year was 3.6!

Congratulations to our teams on an outstanding 2018-19 season and we look for even more success in 2019-20!