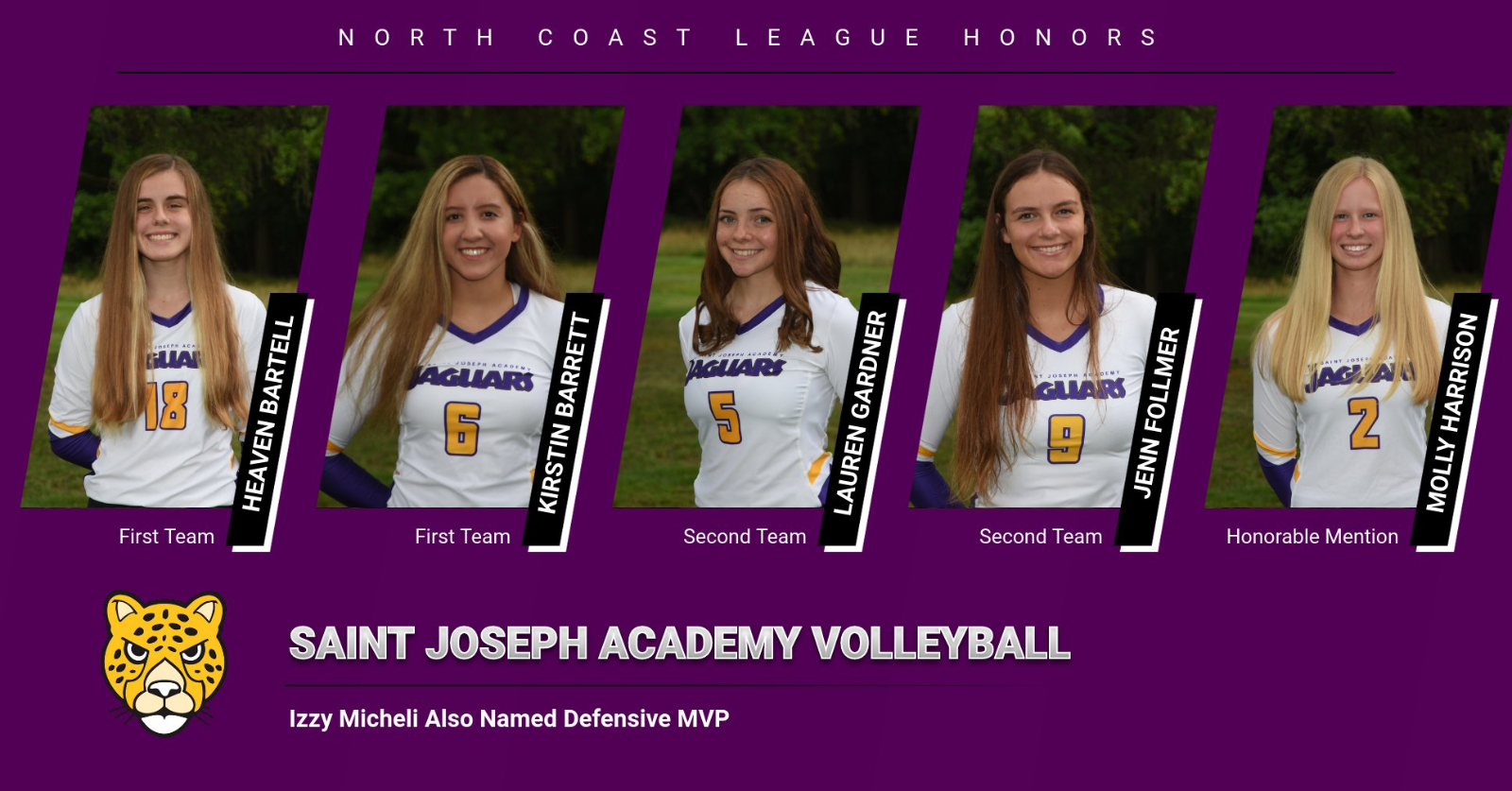 Saint Joseph Academy senior volleyball player Izzy Micheli has been named the North Coast League Defensive MVP for the second straight season.  She won the honor in the NCL Gray Division last year and the Blue Division this season.  The senior also earned recognition as a First-Team All-NCL selection.

The Jaguars finished at 6-2 in the North Coast League Blue Division this year.  In one of the toughest leagues in the state, the Jaguars faced off against Padua, Lake Catholic, NDCL and Walsh Jesuit each twice this season.