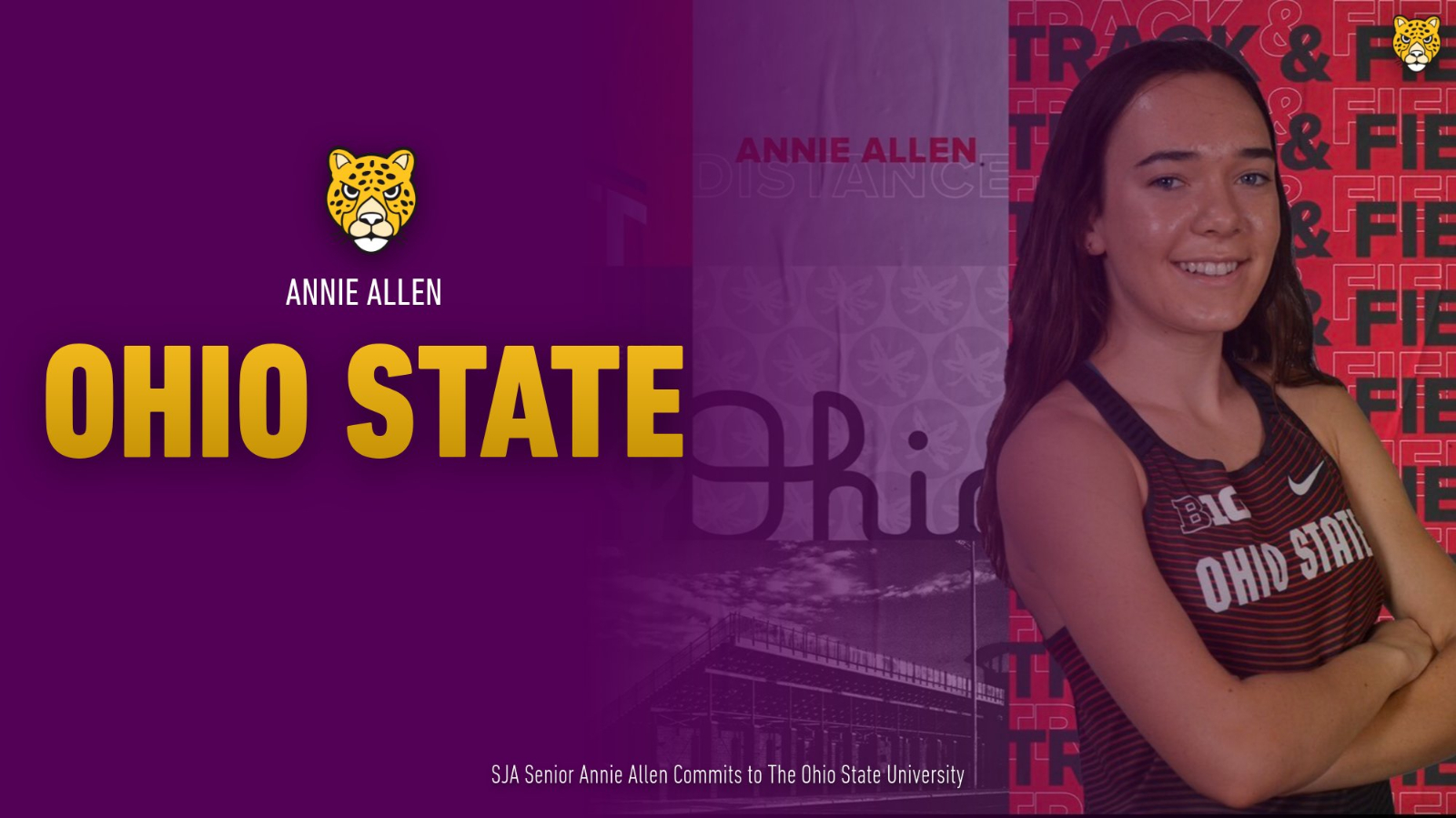 Saint Joseph Academy senior runner Annie Allen has committed to The Ohio State University to continue her academic and athletic careers in the Big Ten. Annie will head to Columbus to be part of the Buckeye cross country and track & field teams.

Annie is one of the most decorated athletes in SJA history.

In cross country, she competed at the OHSAA state meet all four years at SJA placing 16th in 2016, 21st in 2017, 17th in 2018 and 18th as a senior this fall.  With those finishes, she became the first four-time All-Ohio athlete in school history.  Her 7th place finish at the regional meet in 2019 helped lead the Jaguars to the regional championship, the first for SJA since 2002.  She is a two-time North Coast League MVP and league meet champion in cross country while also having the 2nd-fastest cross country time in school history (18:17) set in 2016.