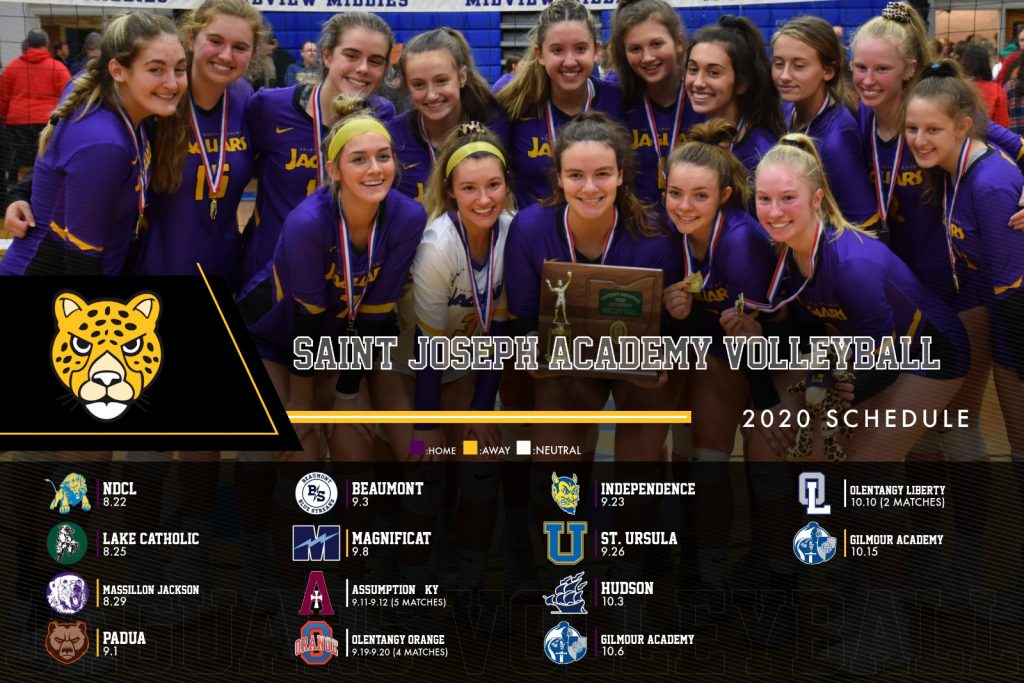 The 2020 schedule for the Saint Joseph Academy volleyball team is set and it once again provides the Jaguars with a challenging schedule.

In the fall, Saint Joseph Academy returns as an independent school from an athletics standpoint but will still face familiar foes from the its time in the North Coast League.

Massillon Jackson is on the schedule for the second year in a row along with rival Magnificat,  Independence High School who reached the D3 state title game in 2019, Toledo St. Ursula (D1 regional finalist) and Hudson.

The Jaguars will travel south for three tournaments in 2020.  SJA will head to Kentucky for the Louisville Invitational Volleyball Tournament from Sept. 11-12 where the Jaguars will face some of the top teams in the country.  They will return to the Columbus Invitational on Sept. 19-20 which is hosted by Olentangy Orange H.S.  and then head back to Columbus for tri-match against Bishop Watterson and Olentangy Liberty on Oct. 10.

Saint Joseph Academy has captured four OHSAA Division 1 district titles in the last five years, as well as advancing to the Division 1 Final Four in 2016 and 2017. The Jaguars were the state runner-up in 2017.