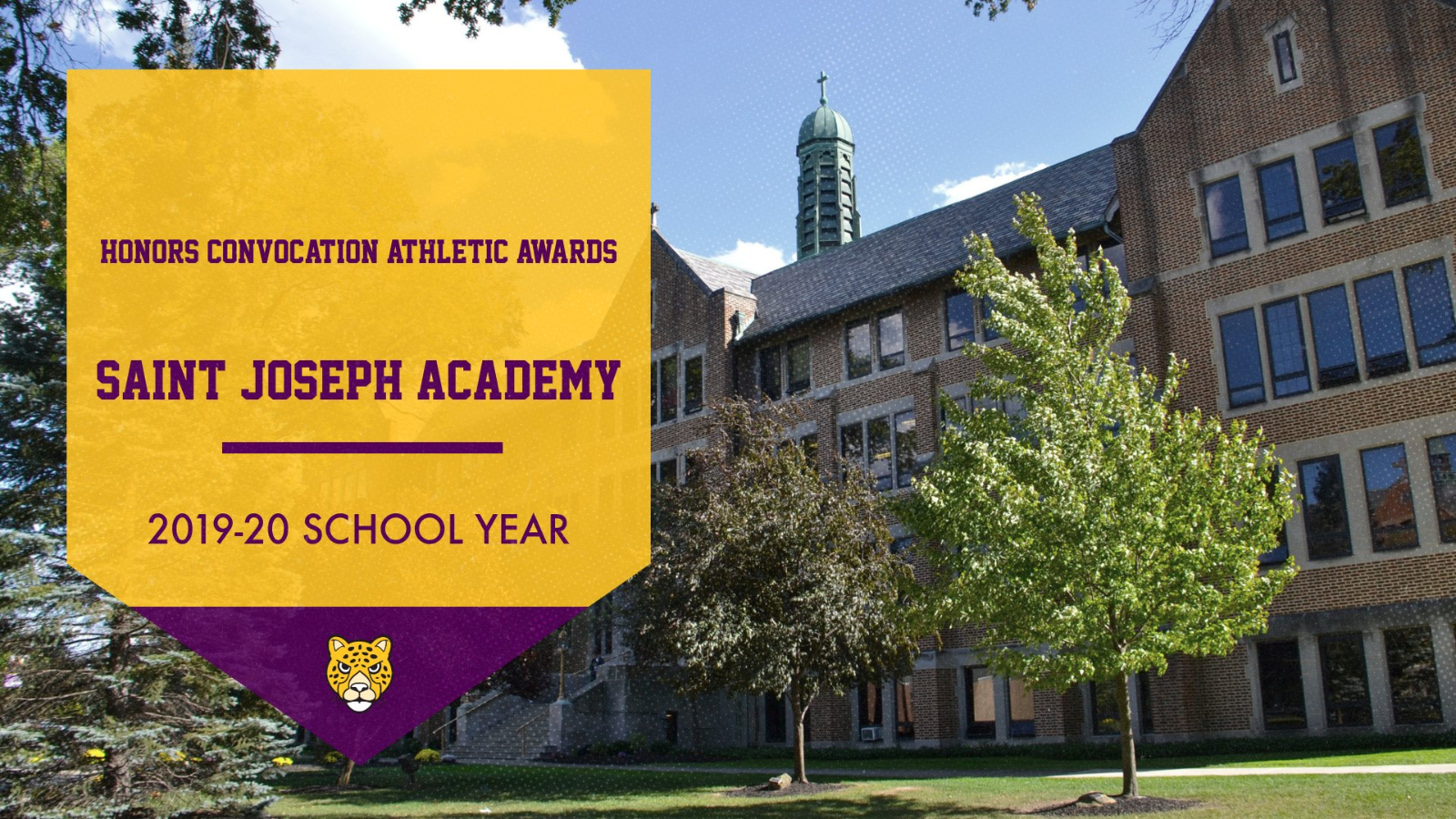 Saint Joseph Academy is proud to share the award winners from the honors convocation which was held virtually on May 22.

The athletic department award winners were:

This scholarship was introduced by the Athletic Booster Club in honor of Kristen Eucker, a member of the Class of 1999. Kristin was an athlete who participated in both Cross Country and Track while attending Saint Joseph Academy. At the beginning of what would have been her senior year, Kristen died unexpectedly, which marked the end of a promising young life. The Athletic Department has helped keep her memory alive through this scholarship.

The Archie Griffin Sportsmanship Award is part of an ongoing initiative to promote ethics and integrity in high school athletics, and the recipient must serve as a model of sportsmanship to her teammates.

The Ohio High School Athletic Association established the Scholar-Athlete Award to honor student-athletes for their academic and athletic achievements.  This student athlete is an exceptional representation of what it means to be a scholar athlete.

The Don Kostell Excellence in Athletics is a book scholarship given each year to a member of the graduating class.  This award honors Don Kostell, former math teacher, athletic director, and coach of numerous sports here at Saint Joseph Academy.  The winner of the award is a multi-sport athlete, chosen as someone who epitomizes everything that Don meant to sports at Saint Joseph Academy – sportsmanship, character, leadership, integrity and academic excellence.

The National Federation of High School’s Board of Directors the Ohio High School Athletic Association have established the NFHS National Award of Excellence to honor a student who has displayed exemplary sportsmanship, ethics and integrity.  This award is presented to a student who has exhibited these qualities of good citizenship, good moral character and good sporting behavior.