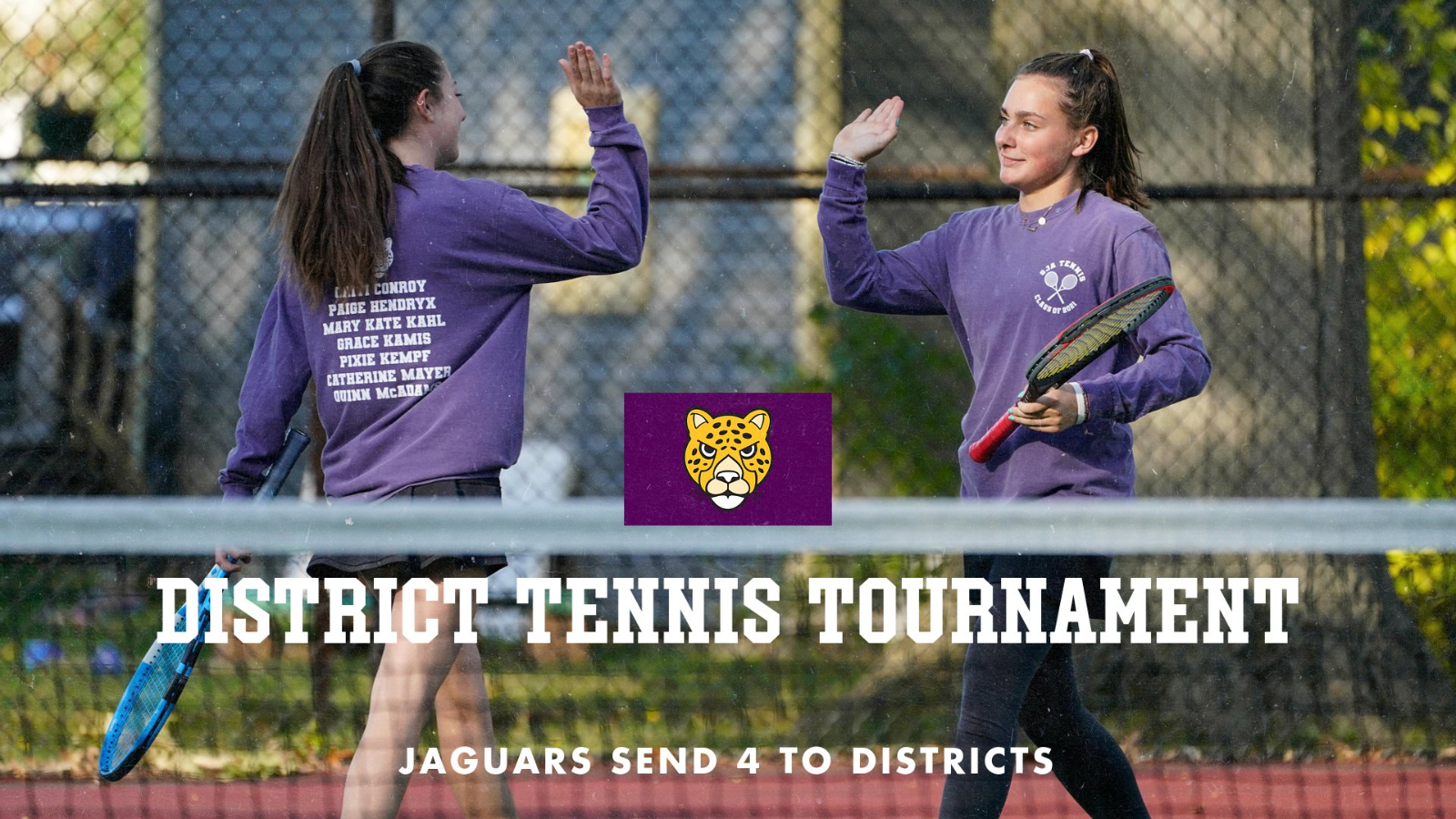 The Saint Joseph Academy tennis team will send four of its members to the OHSAA Division 1 district tennis tournament.  The Northeast district tournament will be hosted by Springside Racquet Club in Akron.  Thursday (Oct. 15) will be the opening rounds of the D1 tournament while the championship round will be played on Saturday (Oct. 17).

Competing for the Jaguars will be freshman Amara Brahmbatt who is the #2 seed from the Elyria sectional.  She will face Megan Baker from Brecksville in her opening match.  Sophomore Tia Clemens is the #3 seed from the Elyria sectional and she will face off with Niya Fried from Solon in her opening match.  The SJA doubles team of sophomore Delia Guzic and senior Mary Kate Kahl are the #3 seed from Elyria and will face Eliana Chelnick and Sasha Gorbacheva from Solon High School in their first round match.

The full singles and doubles bracket can be found here.

Singles players and doubles teams finishing in the top 6 advance to the OHSAA Division 1 state tournament.

Full information for the district tournament, including ticket information, can be found here.