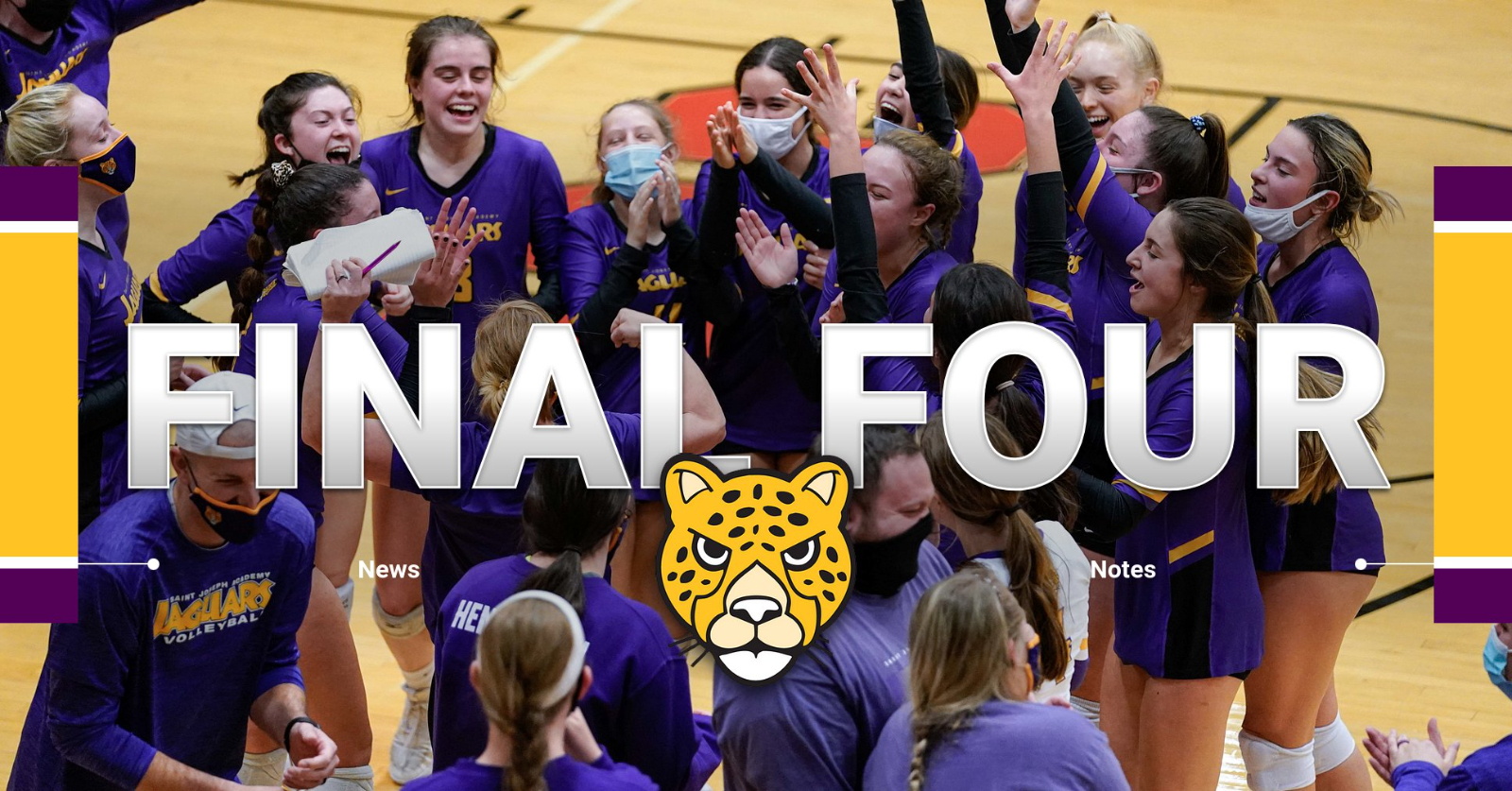 The Saint Joseph Academy volleyball team is set to play in Friday’s OHSAA Division 1 state tournament.  The Jaguars will take on Cincinnati Mount Notre Dame at approximately 7:00 p.m. at Vandalia Buter High School.  Here are some news and notes about the match:

The match will be streaming through the NFHS/OHSAA.  The match can be viewed HERE.  The cost is $10.99.