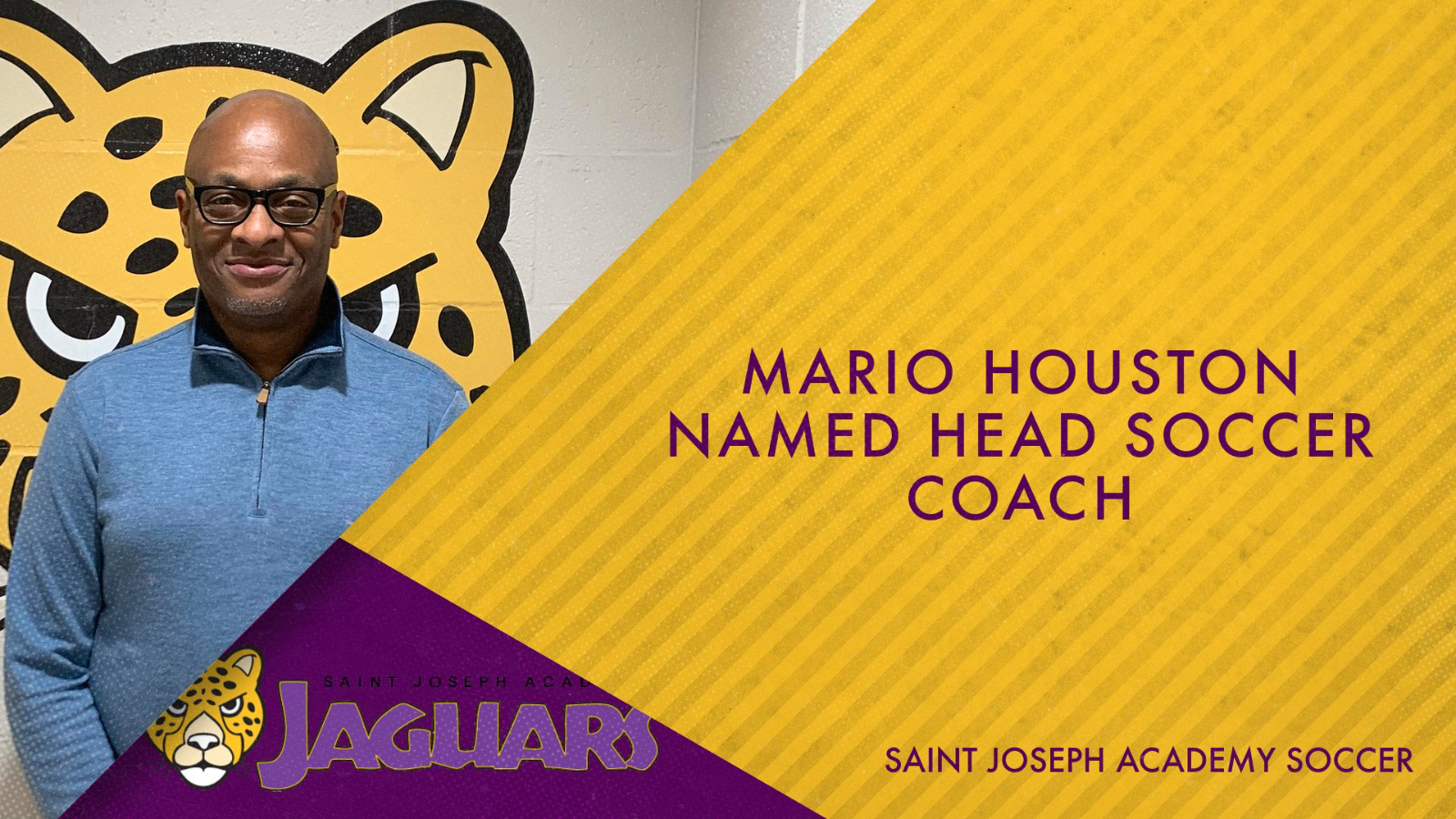 Saint Joseph Academy is pleased to announce the hiring of Mr. Mario Houston as the Head Coach of the Jaguars’ soccer program.

Mr. Houston will take over the Academy’s soccer program after spending the past four seasons as the head varsity coach at Laurel School. Prior to coaching at Laurel, he was the head coach at Cuyahoga Valley Christian Academy (CVCA) from 2014-16. In 2014, his team went 12-5-3 and captured a Division II District championship. That team featured a Second-Team All-State selection and six all conference players. His teams were District-Runner Up in both 2015 and 2016. He also served as the assistant head coach at Aurora High School in 2013, when the team went 12-5-1 and won a conference championship.

From a club standpoint, he has served as club coach for the Ambassadors Football Club since 2012, as well as serving as the club’s goalkeepers coach. His 2018 team was a State Cup Champion and participated in the U.S. Club Soccer National Cup.

“Our community is excited to welcome Coach Houston to Saint Joseph Academy as our Head Soccer Coach,” stated Athletic Director Mr. John Manuszak. “He comes to the Academy with successful coaching experience at both the high school and club levels. He is a well-respected leader with a strong passion and understanding for the game of soccer, as well as helping student-athletes excel. We believe his personality, demeanor and belief in the mission of Saint Joseph Academy will positively impact the lives of the young women in our program.”

Mr. Houston is a native of Northeast Ohio and attended Wickliffe High School. He studied at both Cleveland State University and Arizona State University, where he competed in varsity track & field and club soccer. He has previously served in the United States Army and is the owner of The Wood Room Project in Twinsburg.

Coach Houston will be introduced to the Saint Joseph Academy soccer community on Thursday via a Zoom meeting. Returning parents/guardians and players will receive an email with the details and Zoom link.