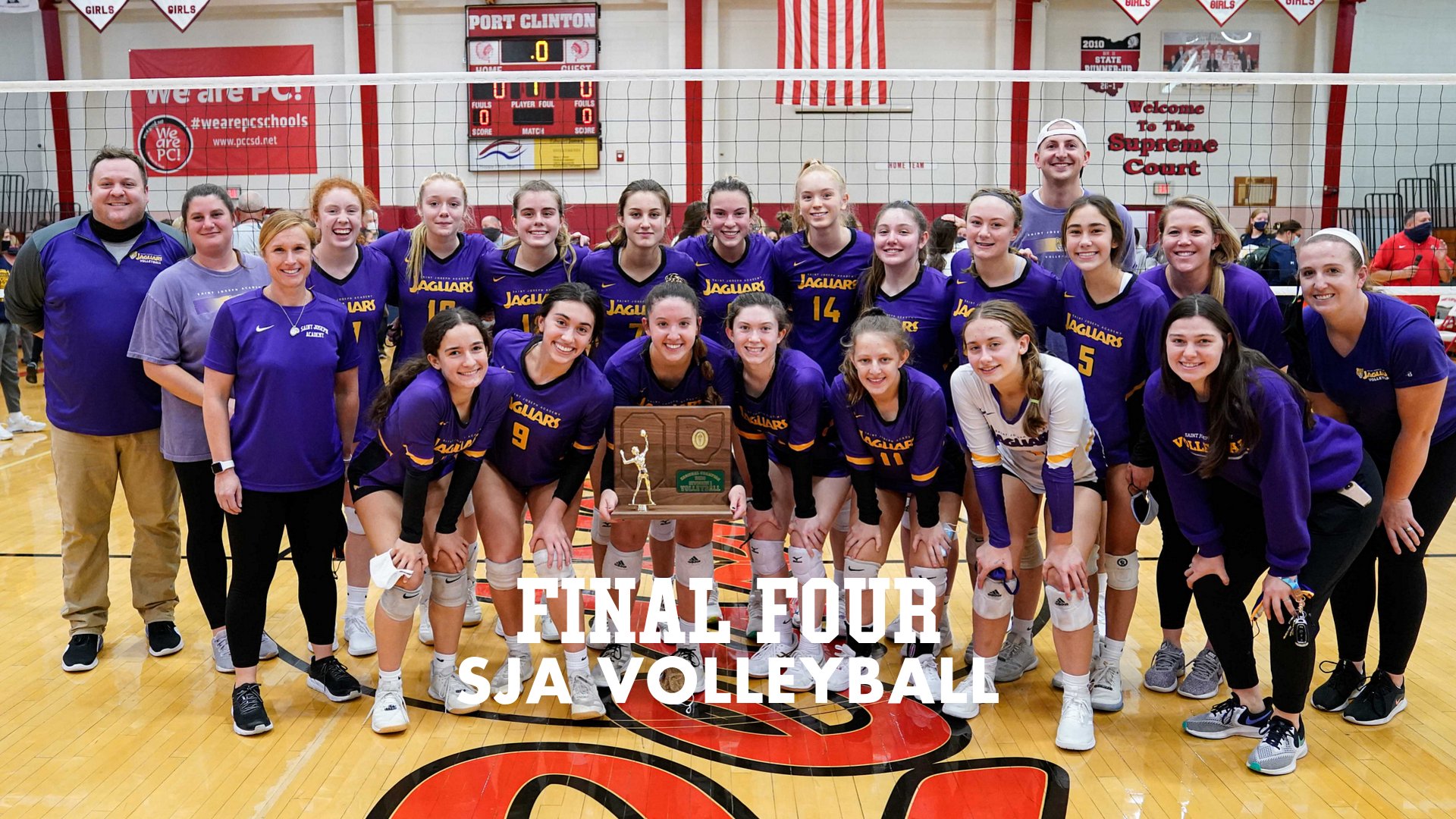 The Saint Joseph Academy volleyball team captured its third regional championship in the last five years on Saturday as the Jaguars topped Olmsted Falls 3-0 to advance to the OHSAA Division 1 Final Four. SJA volleyball also made it to the state tournament in 2016 and 2017.

At Port Clinton High School on Saturday, the Jaguars topped the Bulldogs 3-0 (28-26, 25-10, 25-20). It marked the sixth consecutive season that SJA and Olmsted Falls met in the OHSAA tournament. The Jaguars have now won all six meetings.

Saint Joseph Academy will face Cincinnati Mount Notre Dame on Friday at 7:00 p.m. at Vandalia Butler High School. The Jaguars and Cougars met earlier in the season in a pair of matches in Cincinnati.