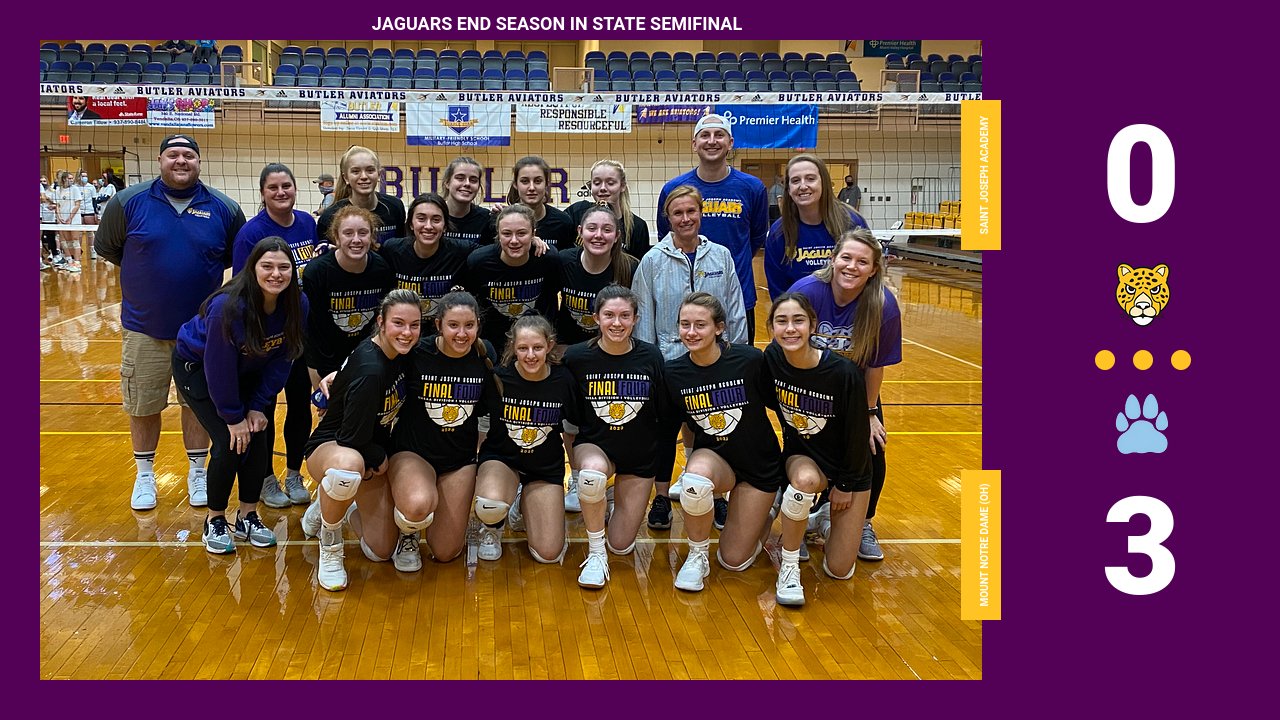 The state appearance was the third for the Jaguars in the last five years, who finished the season at 16-10.

The Jaguars were led by Heaven Bartell with 12 kills and Maxine Springer with five. Kirsten Barrett had 23 assists while Reilly Wadden had six digs.

Congratulations to Coach Latkovic and the Jaguars on an outstanding season!