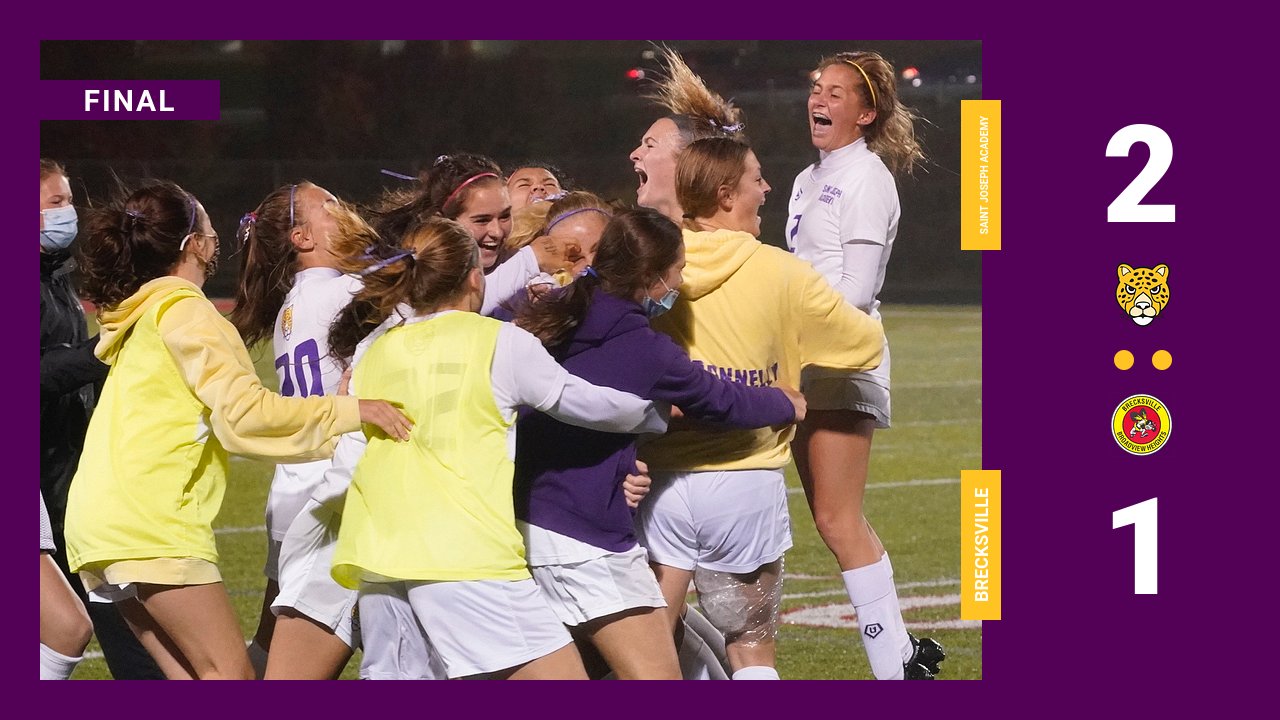 Saint Joseph Academy has reached some milestones during the 2020 season but none bigger than Monday evenings accomplishment. Playing in a constant drizzle and cold temperatures, the Jaguars made history as they went on the road and beat the #4-seeded Brecksville-Broadview Heights Bees 2-1 in the OHSAA Division 1 district semifinal.

The win propels the Jaguars into the OHSAA D1 District Final for the first time in school history. The Jaguars previously played in the district semifinals in 2012 and 1991. Tonight’s win also gives the Jaguars 12 wins on the season which is a new school record.

In the district semifinal, the Bees scored first as they took an early 1-0 lead in the first half. The Jaguars answered back quickly in the 14th minute as freshman Jadin Bonham played a perfect through-ball to senior Katie Donnelly who went far post to beat the goalkeeper. Four minutes later, Jadin Bonham found the back of the net herself to SJA a 2-1 lead which ended up being the game-winner. The two teams would remain scoreless the rest of the way, and despite some tense moments down the stretch, the Jaguars were able to pull off the victory.

Next up for the Jaguars is a date with the #3-seeded Brunswick Blue Devils on Thursday evening in the district final. The game is set for 7:00 p.m. at Brunswick Auto Mart stadium.