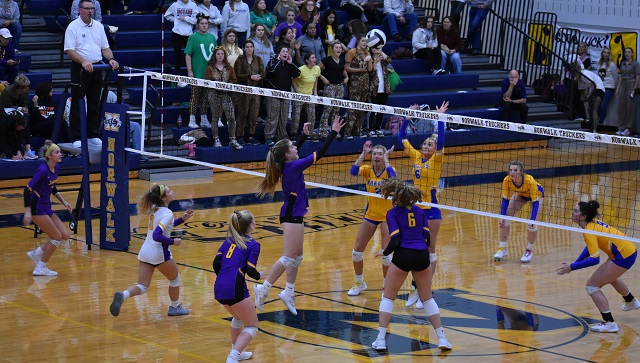 The Jaguars lost the first set 25-20 and then had multiple chances to take set two before ultimately dropping the second set 30-28. SJA rallied back though and took the third set 25-19 to force a fourth set. In the fourth set, the Arrows, ranked #4 in the state in D1, jumped out to an early lead that was too much for SJA to come back from.

The loss marked the final match for SJA seniors Izzy Micheli, Lauren Gardner, Alexis Dennis, Megan Harrison and Jenn Follmer. In their four years at SJA, that senior class made an appearance in the state championship game, two Final Fours and three trips to regionals.

Thanks to the SJA volleyball community on a great season!