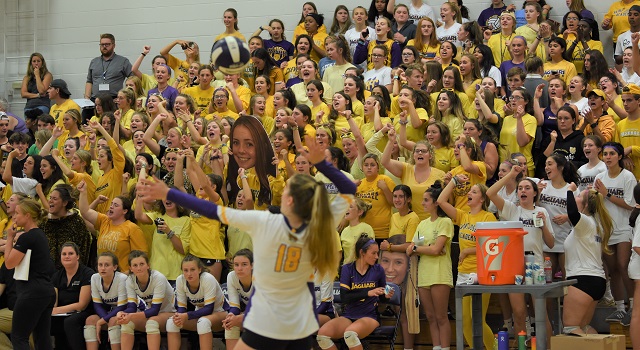 The Saint Joseph Academy volleyball team swept rival Magnificat on Tuesday evening in front of a full house inside the Academy Center. The Jaguars moved to 4-2 on the season with a 3-0 (25-13, 25-22, 25-22) win over the Blue Streaks. SJA entered the match ranked #8 in the state in D1 while the Blue Streaks were 7th.

The Jaguars have now won five of the last six meetings in the rivalry with the Blue Streaks.

SJA will return to the floor on Thursday and play host to NDCL in a North Coast League match.