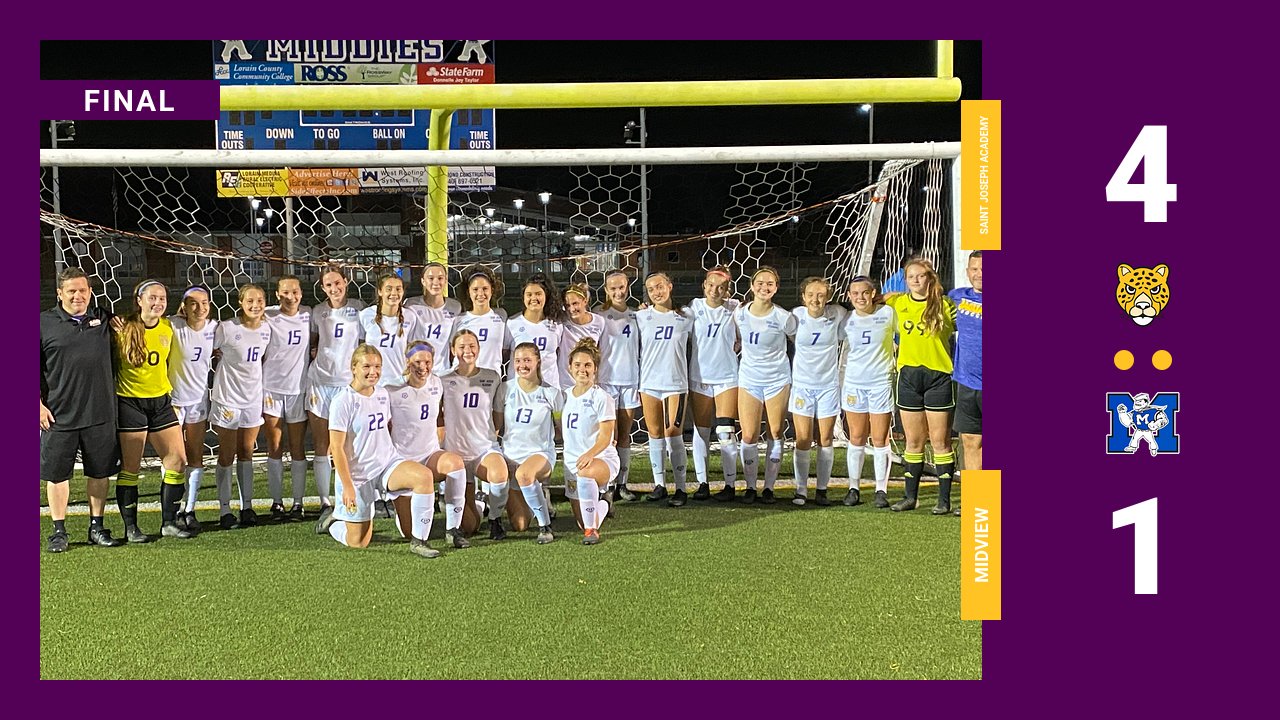 The Saint Joseph Academy soccer program made some history on Thursday evening. The #10-seeded Jaguars went on the road and knocked off the #7 seed Midview 4-1. The win advances the Jaguars to the district round for just the third time in school history and the first time since 2012. The win also marked the Jaguars 11th win of the season which ties the school record for wins.

Saint Joseph Academy will travel to Brecksville-Broadview Heights on Monday at 6:00 for the district semifinal. The Bees are the #4 seed.

Against the Middies, SJA got on the board first with a Jadin Bonham left-footed blast with 10 minutes left in the first half. Midview equalized with 23:30 remaining in the match before the Jaguars turned it on. Grace Nussle scored with 18 minutes left and was quickly followed six minutes later by Jac Bonham to give SJA a 3-1 cushion. Jadin Bonham finished off the scoring with 9 minutes to go to give the Jags the win. Goalkeeper Cate Shepherd and the Jaguars defense (Maddie Maline, Kate Pofok, Olivia Clark , Olivia Irvin and others) were outstanding as well in the complete team effort.