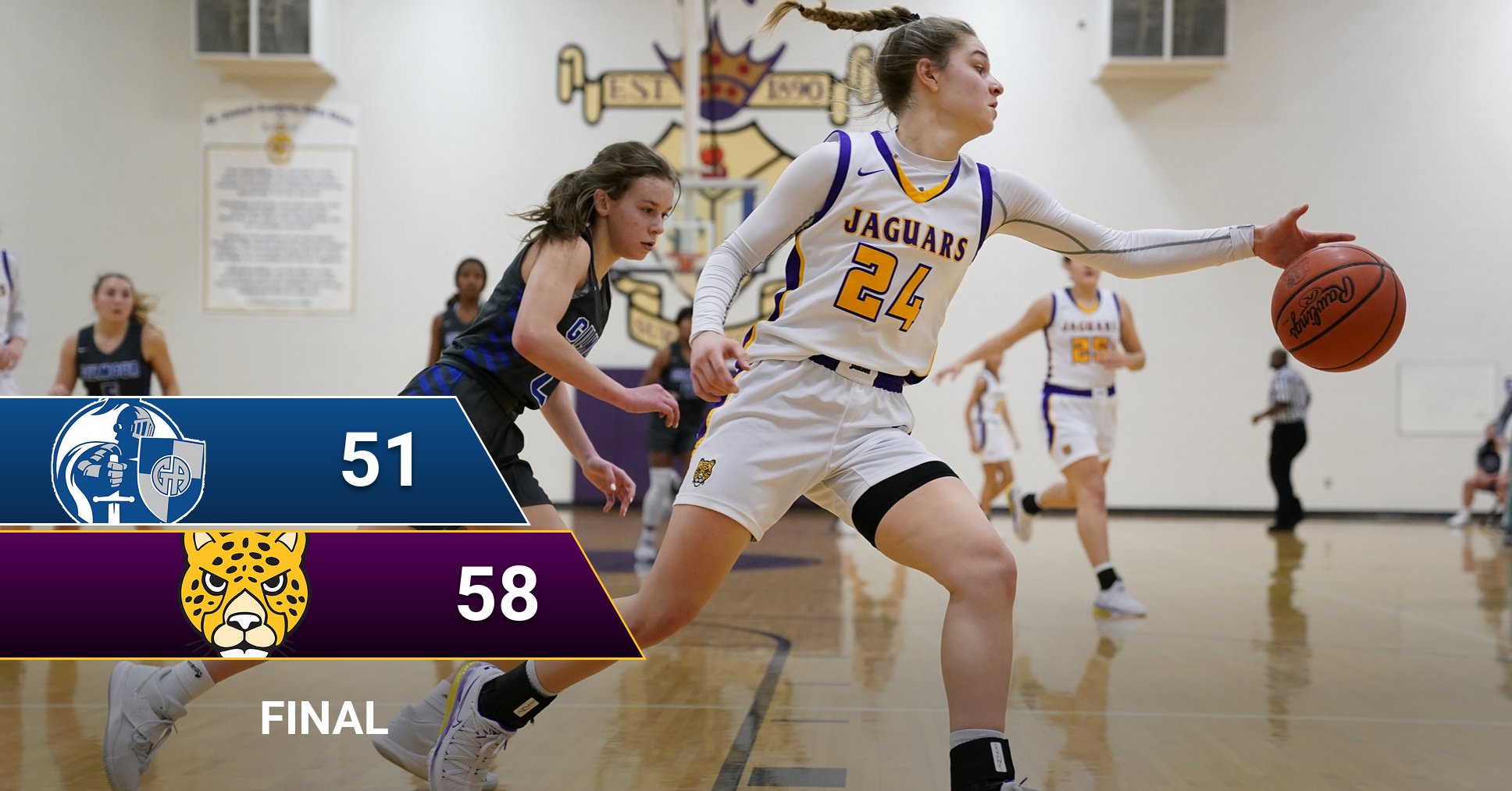 Saint Joseph Academy picked up its second straight win as the Jaguars knocked off Gilmour Academy 58-51 on Saturday afternoon inside the Academy Center.  The Jaguars, fresh off a 39-point win over Padua on Thursday, outscored the Lancers 33-18 in the second half to post the victory.

Gilmour had a 31-20 lead with just over two minutes to play in the first half and took a 33-25 lead into halftime.  The Jaguars, led by 7 third quarter points from Charlotte Adler rallied back though and SJA tied the game at 46 after an Adler three-pointer.  Ella Neitzel and Tori Siggers added baskets to give the Jaguars a cushion that propelled them to victory.  Ava Haddad led the Jaguars with 16 points while Neitzel and Tori Siggers, who capped her scoring with a beautiful reverse layup, added 11.  Adler added 10 points.

The Jaguars, now 7-4 on the season, will travel to Bellevue on Wednesday evening.