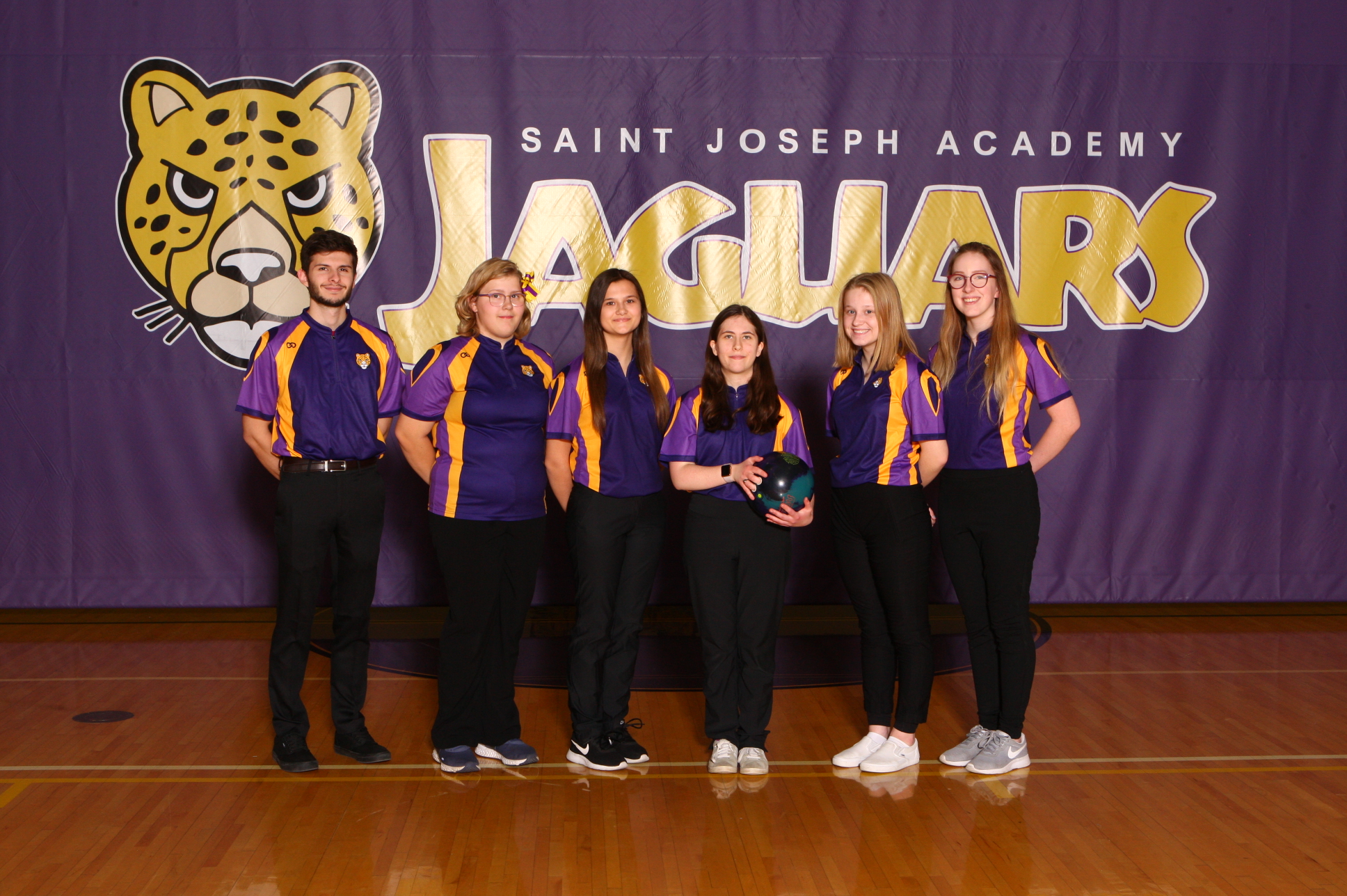 The Saint Joseph Academy bowling team concluded its season, breaking school records at the OHSAA Division I District Tournament at Stonehedge Lanes this past Sunday.

Seniors Marie Zingalis (493 series, 39th overall) and Lizzy Rajnicek (458 series, 55th overall) led the team yesterday at a crowded Stonehedge Lanes. While the team was a ways away from a top 5 spot after their 3 scratch games, their high baker series total pushed them up to 13th.

As a team, the Jaguars broke the school record for a 6 game Baker game series with a 996 (166 average). They had the 4th highest baker total in the tournament yesterday out of 17 teams.

Marie Zingalis also set a new school record for high game bowled with a 223. Coming into the season the mark was a 214 game that was broken earlier this season by Lizzy Rajnicek with a 215. While Lizzy got jumped for the high game record, she finished the season with the highest average for any SJA bowler with a 153 (previous high was 145).

Another record broken by the team was high scratch total for 3 scratch games. Their 2118 total from the Sectional Tournament bested the 1993 total which had been the school record up until that point. the Jaguars also beat that total again at the District Tournament with a Scratch total of 2060.

In addition to the records broken, the team won their first GCIBL Championship in the Handicap division. Handicap is pins awarded on top of your scores based on average. This means that the team that usually wins the Handicap Title is the team that bowls over their average and improves the most over the course of the season, and that definitely describes this team.

Their record in the GCIBL went from 5-4 last season to 8-2 this year. They were two very close (~60 pins) losses away from being the Champions of the GCIBL and advanced to Districts after not qualifying last season.

The team will certainly miss seniors Lizzy Rajnicek and Marie Zingalis who both played a big part in this season’s successes.