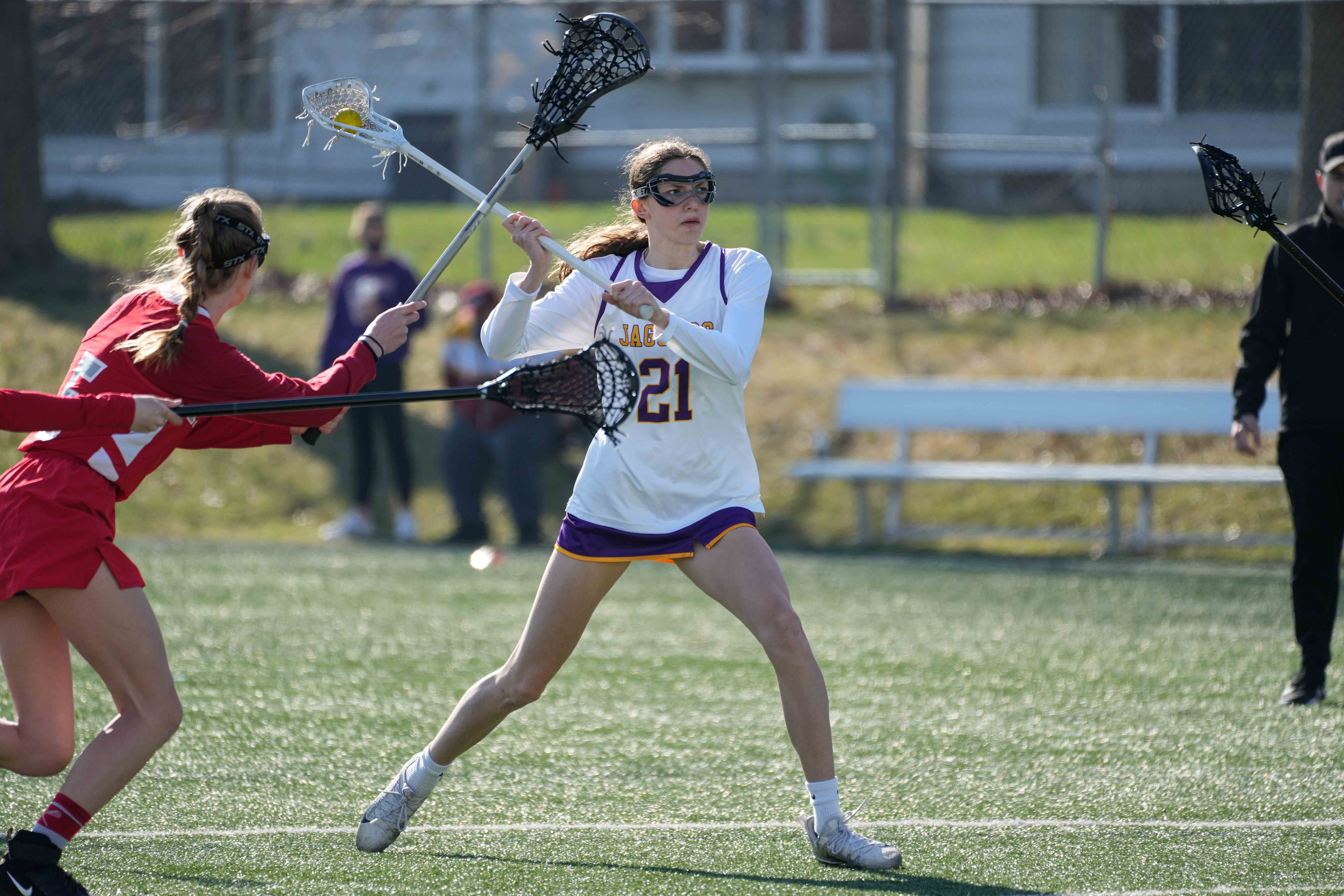 Varsity lacrosse picked up its third straight win over Mentor High School on Saturday (March 27). Strong draw control by the Jaguars was key in managing the game’s tempo. Elise Larsen ’23 and Sarah Scott ’23 each recorded six draw controls in the 14-2 win over the Cardinals. The Jaguars were led by another balanced scoring attack, with seven different players contributing to the 14 goals.